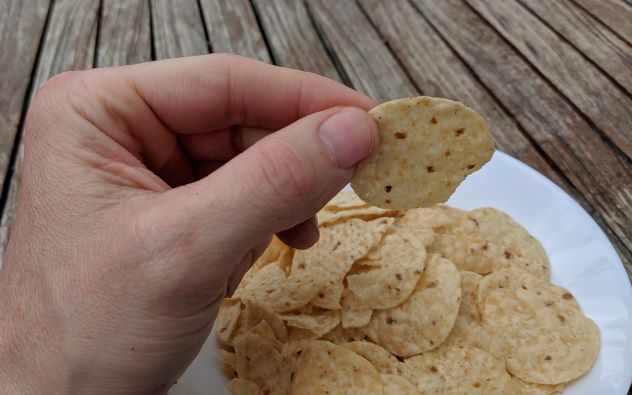 It’s 3:00 pm and Bob is sitting at his computer. He’s had an excellent, productive day, and only has a couple of hours of work to do before he can go home to his dog, Rufus, who he’s planning on taking out for a nice, long walk as part of his decision to make healthier choices. Bob has eaten well all day and has all the ingredients for a healthy meal waiting for him at home. He’s doing it – he’s making changes. But then he hears a whisper in his head, “Mmm, you know what sounds good right now? Some chips.” Bob ignores the whisper, but it gets louder, “Dude. Come on. It’s only a little bag of chips. It’s not gonna hurt anyone. You still ate so many veggies today! And you know dinner’s going to be healthy.”

Bob takes a deep breath. This internal struggle has been happening every day at the same time for the past month – about as long as he’s been trying to change his eating and exercise habits. He can hold off about half of the time, but the other half has been difficult. Bob got used to having a crunchy and salty afternoon snack over the past five years of this office job and giving it up was… hard. It wasn’t even that Bob even really wanted the chips. He always ended up dissatisfied whenever he gave in to the cravings. But it took so much mental effort to fight that inner voice! The cravings come back, “Come on man, just this once.”

Bob takes another deep breath. This battle is getting annoying. His life is busy enough – he doesn’t need to spend all this time fighting himself. He wishes he was free of the cravings. Suddenly, another voice emerges in his head, “Hey. That’s okay. Have some water, take a quick walk. We got this.” Yeah, Bob says to himself, yeah, we got this. He gets up, grabs some water, and does a couple of laps around the office. He immediately feels better, like a boss. Bob feels great – one more small victory in his back pocket.

I’m sure many of you can relate to Bob’s story, especially if you’re just starting out. Changing your internal dialogue can be one of the hardest parts of establishing healthy habits long-term. Think about it: how much harder is it to give up your favourite snack – maybe you’re like Bob and you like chips – when your head is telling you that you desperately want that snack? Seems nearly impossible, right? It doesn’t have to be that way; you can free yourself from sabotaging self-talk.

One method my clients have used to let go of their cravings is to actually say bye to their go-to junk food. Consider it a polite break-up: you make peace with the fact that the chips (or chocolate, cookies, etc.) once played a role in your life, that you’ve outgrown that phase, and you say goodbye. Once you say, “See ya!” to your cravings, you can say hello to more time and energy. Less time spent on internal battles = more time for fun.

Changing your routine is another great way to move away from giving in to those afternoon cravings. It’s hard to quit one habit without having something else to fall back on – it’s good to have a healthy habit ready to replace a not-so-healthy one. Moving is one of the best ways to “crowd out” afternoon cravings. That’s exactly what Bob did with his quick walk around the office – he moved his body and it changed his state so he didn’t need a snack to perk him up anymore. An added benefit of movement is that it gets you back into your body (mindfulness, anyone?), so you’re more in touch with yourself, your body, and how you’re actually feeling. Next time you’re having an afternoon craving, try going for a quick walk around the block, doing a set of push-ups, holding a plank for 30 seconds, or doing some squats.

And don’t beat yourself up if you’re having afternoon cravings. Just don’t let them steal your joy or ability to make decisions. You’ve got this.

Sign up for our newsletter to get tips on health, fitness, nutrition, and more.